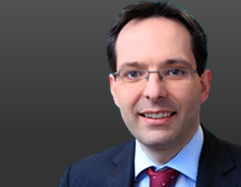 Chris is ranked as a Chambers UK Guide ‘Leader in their field’ and a leading barrister for Employment Law. Resident in the United Kingdom (UK), he is a specialist in Personal Injuries and Clinical Negligence, where he is often asked to conduct employer liability and stress at work claims in conjunction with his employment law practice. He also practices general commercial litigation.

Chris has appeared on behalf of a number of well-known companies before employment tribunals across the UK. This is supplemented by a strong following of smaller businesses and organisations. Chris also has a strong Claimant-based following. This balance between Claimant/Respondent workload has provided Chris with an invaluable insight as to how to most effectively present the cases that he is instructed to deal with.

Chris also has a wide range of experience in personal injury work with a mixed practice of Claimant and Respondent work. He is happy to undertake appropriate cases on a Conditional Fee Agreement (CFA) basis.