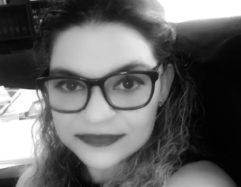 Natasha completed her in-service training in Guyana at Fraser, Housty and Yearwood, Attorneys-at-Law in 2009, and Legal Aid Training at the Hugh Wooding Law School’s Legal Aid Department in 2009-2010, where she handled estate matters and family law.  Upon her graduation, Natasha was awarded the Cameron and Shepherd prize for the best performance in Civil Procedure and Practice I and II by a Guyanese student (Academic Years 2008-2010). Natasha completed her legal studies at the Hugh Wooding Law School in Trinidad and Tobago where she graduated with a Legal Education Certificate (Principal’s Honour Roll) in 2010.

Natasha also acted as a Volunteer Attorney-at-Law for the Guyana Legal Aid.  From July to September, 2015, Natasha served as the Attorney-at-Law Consultant for the Guyana Football Federation (“GFF”), Constitutional Reform Project, and served as a member of the Disciplinary Committee for the GFF.  She also served on the Guyana Bar Association and the Guyana Association of Women Lawyers as an Assistant Secretary and a committee member, respectively, from 2015-2016. She is currently a Board Member of the Rotary Club Georgetown.